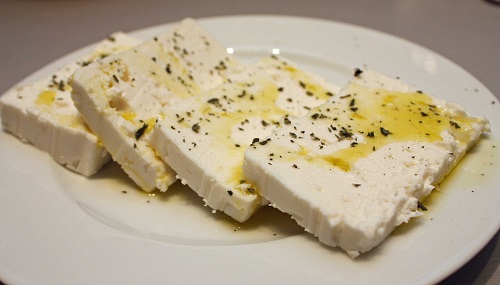 Today the Canadian press talks about the limitations posed by the Canada-EU free-trade agreement on the use of the name “feta” and on cheeses like asiago, munster and gorgonzola.

According to the article “Faux Feta? Trade deal to hit food names” by Jason Fekete and Lee Berthiaume published in the Canadian newspaper Ottawa Citizen, the Canadian companies using the names feta, asiago, munster and gorgonzola will be able to continue using them, but the future producers have to add words such as “like” or “imitation” in order to describe their products. For instance, the label must say something like “munster-like” or “imitation feta”.

According to the same article the spokeswoman of Dairy Farmers of Canada Therese Beaulieu stated that the trade-deal is unfair and warned Canadians that it will have a negative impact on the Canadian dairy farmers who are trying to enter the market. She also stated that “we always believed that these are common names” and that “it’s not a flavor, it is not an imitation. It is the real thing that is being made by our cheese producers.”

Also, the newspaper Ottawa has an article entitled “Free trade deal impacts cheese names in Canada” and it is written by Daniel Proussalidis. The article says that the already Canadian cheese producers will continue using the name “feta” while the future cheese producers are obliged to use words such as “type” and “imitation.”