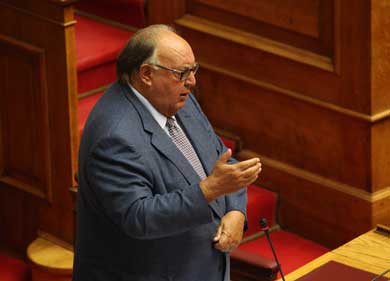 The U.S government reacted intensely after the statements of Theodoros Pangalos about the case of interceptions, which has been an extensively reported topic in the U.S media.
State Department spokeswoman, Jeniffer Psaki, was asked about the “network of interceptions” that was operating from the terrace of the U.S. Embassy in Athens as well as in 18 different locations in Europe, including Berlin, and about the response of the Greek authorities. She reported that the U.S. government is open to discuss any concerns relating to these programs.
She also said that the State department will reevaluate the process of confidential data collection, on behalf of the U.S., which is led by the White House. She reported that the U.S. government is in touch with its allies around the world, including Greece, noting that she won’t provide further information before the process is complete.
The Press Office of the White House, answering to a similar question, said that ” the government does not intend to comment on any complaint concerning the collection of confidential information. The U.S. follows the same procedure as the rest of the countries in the world.”
Meanwhile, there were several U.S. media reports of statements made by the former Foreign Minister Theodoros Pangalos, that the Greek secret services was eavesdropping on conversations of the American ambassadors in Athens and Ankara in during the 1990s.