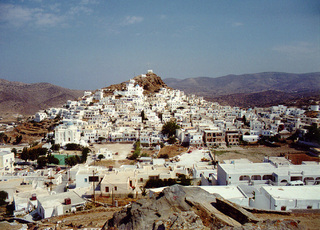 The Aegean island of Ios ranks third among the top 100 tourism destinations in the world that stand out for their value-for-money factor, quoting a survey by holiday booking website Trivago.
The top 20 features another four Greek destinations, with Megalo Papingo (near Ioannina) in sixth, Kavos on Corfu in 12th and Koutouloufari on Crete in 13th. Platanias Rethymnou (66th) and Delfi (83rd) also made the top 100.
Meanwhile, Bank of Greece data showed tourism arrivals from abroad grew in the first eight months of the year by 14.7% or 1.6 million from last year, reaching 12.6 million.
August arrivals increased by 18.9% year-on-year. Revenues from tourism, including cruise ship passengers, rose by 13.7% in the year to end-August, climbing to 8.7 billion euros.
(source: ANSA)