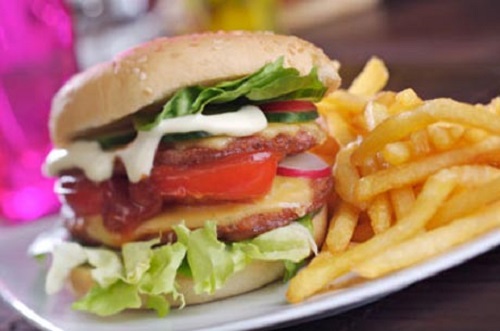 The Hellenic Medical Association for Obesity (HMAO) carried out a new study about the obesity in Greece. In the last 10 years the level of obesity in children has increased substantially. According to the data, the obesity has doubled for girls. The new study points at the impact the financial crisis has on healthy eating habits.
According to the study, the rate of obesity among boys aged 6 to 12 climbed to 14 percent in 2012 from 9 percent in 2003, and for girls from 9 percent to 13 percent.
Efthimios Kapantais, the General Secretary of HMAO, said that the problem is worsening almost in the poor neighborhoods of large American cities where the fast food is cheaper.
A series of international studies have shown that the financial crisis and poverty are forcing people to buy inexpensive food with generally a lot of unhealthy calories.One would expect that due to the financial crisis, consumption of fast food would fall, but the opposite is happening, Greeks are now buying cheap, bad quality food, with a high caloric count. Overall emphasis must be placed a healthier lifestyle and making better food choices in order to battle obesity.