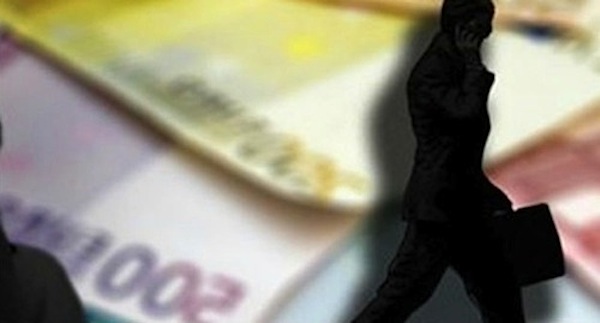 Greek Reporter spoke to a few people who have cheated the system, in order to get an understanding of why some Greeks don’t pay taxes. Most of them say, that the tax system is so unfair, they would not be able to survive if they pay all their taxes.
Under the pressure of the economic crisis and political corruption, many people are especially claiming that tax evasion in Greece, is something of a “national sport.” It’s true that many Greeks prefer not to pay their taxes (with up to €30 billion per year going uncollected) or at least only in part, but this raises the questions- do they really have a choice? In what circumstances would Greeks pay their taxes? Can tax evasion in Greece be reduced, or is it a matter of mentality? 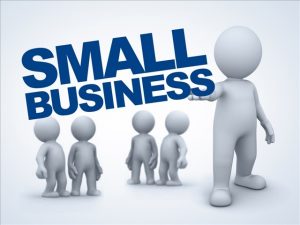 Owner of Small Business, Furniture Manufacturer-aged 32:
“I won’t lie. I  have tax evaded several times, and continue doing it whenever I have the opportunity. The main reason is the high taxes (income and property tax). Since taxes are disproportionate to my net income, tax evasion is the only solution I can find in order to pay taxes and fees that are not dependent on income such as the property tax, tax for my car etc. The truth is, is that in industrial enterprises, tax evasion is much smaller because it involves the movement of goods. For them, there are big risks when unaccompanied by proper shipping documents!”

Under what conditions can tax evasion be stopped?
When the public’s confidence in the political system is restored. We see only political corruption, high public debt etc. I feel taxes I pay, don’t return to Greek society. Something has to be done for this! Something has to change! A combination of lower tax rates and more stringent checks, would result in penalties. Only the combination of both make sense, as nobody wants to take the risk of a predatory sentence for a small benefit. I personally wouldn’t have second thoughts of giving a receipt, if the sales tax was 15 %….but with 23%? Sorry… I do think about tax evasion! Taxes for small businesses are really tough, at the rate of 26% on income, together with the 23% sales tax, it reaches 49%. They are killing youth entrepreneurship! 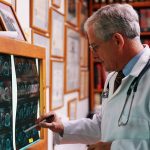 Doctor, Private Sector, Aged 55:
“I agree that tax evasion is a matter of bad mentality. It’s something like a bad tradition in Greece. Unfortunately this tradition started from the government and low salaries. In medical field tax evasion, everyone knows, it is a real problem. But I want to emphasize that not all doctors can evade. Indeed, there are specialties such as private clinic doctors, surgeons, orthopedic surgeons, etc who can evade, but for others, such as laboratory doctors, it is completely impossible.”
What drives doctors to tax evade?
Low salaries that the government gives to doctors and the underpaid funds for freelance doctors. At this point, I want to say again, that some doctors have the wrong attitude. They think that because they help people, save lives and do something more than a simple job, they should be paid more. This is greed and a wrong attitude! All patients must ask their doctor’s for a receipt and medical documents. The patient plays the main part in our own professional field as far as tax evasion is concerned. I urge people, get your medical documents! 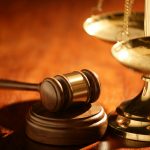 Lawyer, Aged 38:
“The main reasons leading professionals in my field to tax evade, are predatory tax, which I have to absorb in order not to pass it on to the customer. The taxation system does not leave me any tax free amount, and doesn’t recognize that we have expenses without very strict documentation, the high tax rates from the first euro. Finally, people have the notion, that a lawyer should be paid after the trial. They can’t understand that every appointment with the lawyer must be paid, the same as it would be with a doctor, regardless of the diagnosis.”
I would not evade taxes if …
If there was equality and fairness, if we could rely on the social benefits of the state. Tax evasion in Greece can be defeated through equal treatment of citizens, and also through the disparate treatment of disparate situations . For starters, tax evasion should be controlled in the high income brackets.
In which professional fields, do people evade taxes more?
Politicians, businessmen, some doctors and fewer famous lawyers, who most often belong to the first category.
Abroad…….. 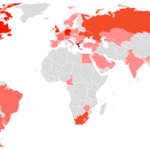 Greek Abroad, occupation, Marketing Executive, Aged 30:
“As far as my assets are concerned, I have never evaded taxes. But when I visit Greece, I prefer not to request a receipt and have a lower price for a service. A good example is the difference in the price of services, with or without receipt, in the medical and legal field. I completely disagree with the government’s economic policy, since it will not bring significant results in the short-term; in the long-term, it’s only a guarantee on the country’s recession.”
How, do you think that we could reduce tax evasion in Greece?
In my opinion, the state does not have the means to control citizens. So, the only solution is to change the mentality of the citizens themselves. This will be achieved when there is a sense of justice in taxation in general. Regarding control, a practical solution, could be the mandatory use of debit cards (without interest rate) for every transaction regardless the amount.
The other side of tax evasion 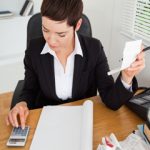 Accountant:
“Freelancers evade more because it’s very difficult to control them. That’s where the government should focus. There is a bad mentality and culture in Greece, since most people cannot understand that tax evasion and not following the tax rules is unsocial. Also there are some gaps left by these respective tax laws with bad allocation of taxes, with the result of taxing even the very poor citizens. At this point we can say that the state steals from the citizen and not the citizen from the state…”
What do you propose to combat tax evasion in Greece?
Extensive control over the assets and bank accounts. A fair tax bill with stringent measures for a better control system, that will also reward honest taxpayers. The middle class should no longer support the state’s economy! Also the reduction of taxes. There are freelancers who don’t want to evade, but when their clients are unable to pay this extra percentage for the tax, they result to tax evasion.
In which professional fields does Greece have the highest rates of tax evasion?
That’s hard to say, because everyone would think freelancers are at the top list of tax evasion, but on the other hand, the Greek government collects up to 75% of tax revenues from them! The conclusion is yours.
Have you ever evaded taxes?
Surely I  have skipped paying taxes on occasion, but if I compare it with the taxes I’ve been paying for many, many years, it’s unworthy of reference. When the government respects you, you have to respect it too. Certainly, I would not want my customers to be part of the black economy.