Pangalos: Greek Government was Spying on US Ambassadors 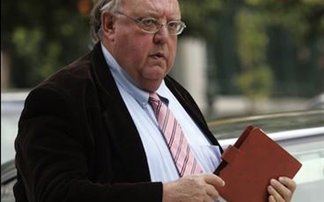 During a radio interview, former Greek foreign affairs minister Theodoros Pangalos, revealed that the Greek government was spying on two US ambassadors.
“We didn’t learn anything new…Everybody can monitor anybody…Greece’s intelligence service (EYP) had managed to tap the phones of the U.S. ambassadors in Athens and Ankara during my term in office (late ’90s),” Pangalos told a Greek radio program.
The statement came amid scenarios that the American embassy in Athens houses a surveillance centre and targets telecommunications in Greece and that NSA spies on European nations.
“It wasn’t anything big but it was entertaining to hear the US ambassador in Athens talking to the ambassador in Ankara and the State Department using inappropriate language and calling me bad names” Pangalos said during the radio interview.
However, he stressed that more than 20 years have already passed and therefore everything has been barred forever. Pangalos pointed out that the espionage stopped because “the Americans figured it out.”
Pangalos, a leading member of the Panhellenic Socialist Party (PASOK), served as Foreign Minister from 1996 until 1999.
“Our intelligence service, EYP, has been cooperating for years with the corresponding agencies in the US and other countries to combat terrorism. Any further analysis and discussion of its mission is considered as undermining its work,” Greek government spokesman Simos Kedikoglou said in a statement issued a few hours later.
He did not clarify the extent and terms of cooperation.