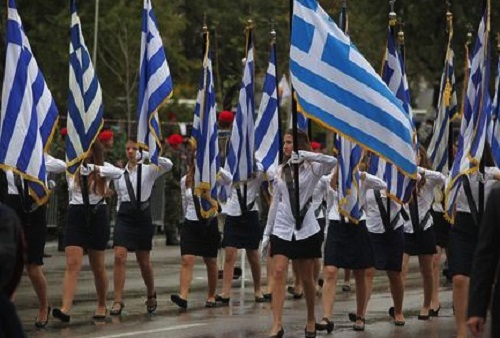 The Greeks of Montreal commemorated “OXI Day” with a service at the St George Greek Orthodox Church. Panayiotis Salatelis officiated the ceremony. The General Ambassador of Greece in Montreal Thanos Kafopoulos and the honorary consul of Cyprus Michalis Paidousis also attended the celebrations, in addition to representatives of Greek organizations and associations. Canadian politicians, such as Gerry Sklabounos, a liberal member of the National Assembly, Dennis Coddere a prospective mayor of Montreal, and the municipal councilors of Montreal, Helen Fotopoulos and Mary Deros honored the “Oxi Day” with their presence.