Gaia Satellite Sent into Space to Monitor the Galaxy 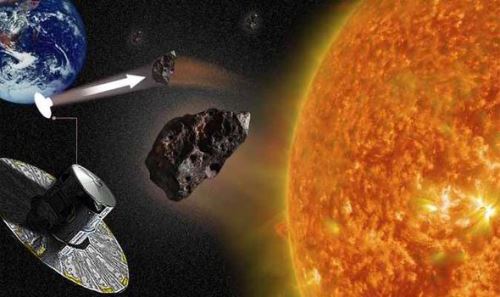 The satellite took its name from the goddess of Greek mythology that existed before the creation of the world and symbolizes the “physical side.” The hope is that the satellite will reveal to scientists the historical evolution of the galaxy where solar system “Milky Way” belongs to.

The purpose of Gaia satellite is to create a detailed three-dimensional galactic map, which will provide unprecedented data to the astronomy science. Also, Gaia will monitor the blind zone between the Earth and the sun to warn of incoming asteroids.

Astronomers have previously not been able to spot asteroids in the “blind zone'” due to radiation from the sun blocking information.

However, the European Space Agency intends to launch the Gaia Space Telescope with its key task being to monitor the area between the Earth and the sun and warn of any impending collisions.

Additionally, Gerry Gilmore, professor of experimental philosophy at Cambridge University’s Institute of Astronomy told the Sunday Times: “Gaia will measure all the asteroids including those between us and the sun which are the really nasty ones because we can’t see them.”

According to astrophysicist Laurent Seman, the celestial mechanics methods, known as astrometry, recorded the astral body and atlas. Astrometry is one of the oldest research areas of astronomy. The ancient Greek Hipparchus was one of the pioneers, as he noted the position and movement of thousands of stars in the sky. His stellar observations for a hundred thousand stars offered vital information to the progress of astronomy science.
In 1989 the European Space Agency honored the ancient Greek astronomer with the launch of a satellite which was named after him