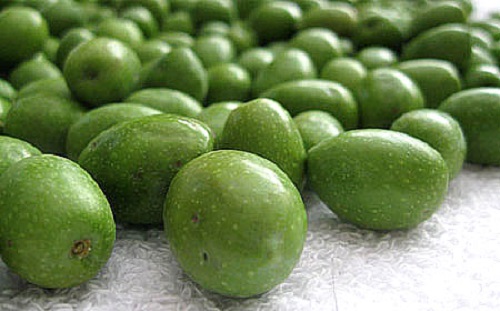 The British newspaper Daily Mail has an extensive article on its internet page, for the price of olives in Greece. The bad weather in Greece led to shortage in harvest. Sometimes the price of olives rise by 50 percent compared to last year’s price.
According to the farmers, we will see a rise in the price of green olives due to the short supply. After the conditions of the weather in the region of Halkidiki, the Halkidiki olives are about to cost 50 percent more. New data showed that the harvest is down by up to 80 percent.
The article supports that this will not affect only the economy of Greece but also the British economy. Those who want to enjoy olives in the UK will have to pay more. For instance, 150g of pitted green olives at a British supermarket would cost shoppers £3 instead of the usual price of £2.
According to the article, Spain also has the same problem as Greece, as well as some areas of Southern Europe. Due to the drought the production of olives is lower, and the suppliers of Europe were looking to Greece to bridge the gap, but the weather wasn’t on their side.
Halkidiki olives are harvested from the middle of September, but unfortunately this year, the farmers saw little or no olives produced, forcing Greek farmers to seek help from the European Parliament. The olives are an important segment on Greece’s export trade and the poor crop will cause problems to the struggling economy of the country.
Nikos Chountis, a left-wing Greek Member of the European Parliament is the only one who has issued the subject under discussion. Among others he stated: “What other actions can be taken directly by the Greek government to give a boost to one of our most important economic exports?”
The olive crisis will affect the Greek economy and the delicacy lovers in the UK.