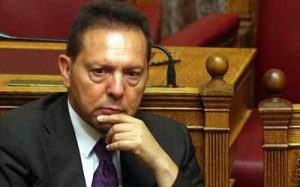 The Greek Finance Minister Yiannis Stournaras opened the discussion for new measures saying that next year the government will seek an additional 500 million euros in budget cuts from social security funds.
In an interview with Greek newspaper “Ta Nea” the Minister of Finance on the one hand, repeated the government’s slogan “no more measures” saying that no additional across-the-board fiscal cuts will be imposed. On the other hand, he said that additional savings will be required. He stated that those savings amount to 500 million euros compared to the 2.5 billion euros reportedly being demanded by troika mission chiefs who are expected in Athens on November 4.
“We accept that there is a need for another 500 million euros in measures compared to the 2.5 billion euros demanded by the troika,” Stournaras said. “Those 500 million euros have to come from somewhere. And seeing that the problem of the gap has been created by the social security funds, that is where the money should come from,” he said and added: “We can’t just say no measures. There’s a huge difference between saying no to horizontal measures, which I also support, and saying no more measures at all.”
The Minister stated that if the policy of “no more measures” will be adopted, there’s a risk of demolishing everything we have built, firstly postponing any discussions of further debt relief indefinitely.
As ekathimerini reports, Labor and Social Security Minister Yiannis Vroutsis had struck a different tone earlier this week, insisting that there would be no more measures, beyond those which have been approved in Parliament, noting that reductions to auxiliary pensions and the lump sums paid to civil servants had already been agreed.

Convicted terrorist Dimitris Koufodinas, who has been on hunger strike for 45 days announced on Monday he will stop drinking water too.
Crime