TechNews
GreekReporter.com Greek News Art A Musical Book Based on the Myth of Demeter and Persephone

A Musical Book Based on the Myth of Demeter and Persephone 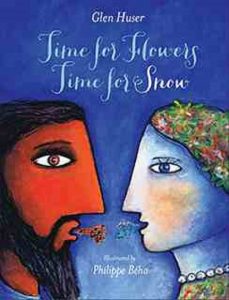 “Time for Flowers–Time for Snow” is a children’s book regenerating the myth of Demeter and Persephone with a smart adaptation and songs full of anachronisms which are intended for primary school children.

The book, based on the myth of goddess Demeter and her daughter Persephone, is written by the award-winning Canadian author Glen Huser and is set to music by John Georgantelis.

Besides the author, the illustration of the book was undertaken by Philippe Beha, one of Quebec’s most important illustrators, who has been awarded three times by the Governor General of Canada. The book is narrated by the actor and director Terry Jones (Monty Pythons, The Surprising History Documentary Series) while the book is released by Tradewind Books, a publisher of children’s literature located in Vancouver.

The disk which accompanies the book includes the complete musical with music my John Georgantelis, with the accompaniment of the Montreal Symphony Orchestra POP (OSM POP). The musical is made with the participation of 183 children from 18 different nationalities, coming from children’s choirs, run by the opera singers Maria Diamantis and Dimitris Ilias. These are the children’s choirs of Gardenview and of the Greek Schools Socrates and Demosthenes, with the participation of students from the schools Sinclair Laird and Pierre and Coubertin.

The music production was made by Chorma Musika and Panarmonia Atelier Musical, under the auspices of the governments of Canada and Quebec, the city of Montreal and the Embassies of Canada and Greece. The rehearsals for the project took place in the premises of the Hellenic Community of Greater Montreal. The project was presented in first execution at the Montreal’s City Hall.