GRNews
GreekReporter.comGreeceMass Surveillance Of Journalists Due to Skouries Mine Case

Mass Surveillance Of Journalists Due to Skouries Mine Case 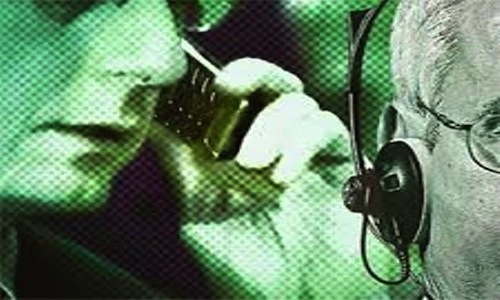 Transcripted phone conversations of journalists that work in Greek and foreign media is included in the criminal file of those who are accused for participating in a “criminal organization” in Skouries. According to Eleftherotypia, phone interviews that the members of the “criminal organization” have given to journalists are documents that could be use against them. We must underline here that those phone conversations were under surveillance in 2012, long before the attack against the Skouries gold mining site of Hellenic gold. The use of interviews that have already been published, as proof of participating in a “criminal organization” is something that has no precedence in Greece’s history.

The criminal file that consists of 200 pages of transcripted phone conversations, concerns mostly Tolis Papageorgiou, president of Hellenic Mine Watch. He is named by Thessaloniki’s Police Department as the leader of the criminal organization that acts in Skouries and is accused, among others, for giving false information and propaganda with intention to influence the common view against the construction of the Gold Mine in Skouries.
The transcripted conversations also concern journalists of at least 11 newspapers, news agencies and news portals : Eleftherotypia, Reuters; Athens News Agency; Pontiki; Kathimerini; Dimokratia; Antenna; ERT 3, and others. There is a complete and detailed transcription of the phone conversations. The time that the phone calls were made, the duration of the calls, the detailed date and the complete transcription of the conversation and the phone interviews that gave in certain journalists . The names of the journalists are also mentioned in the criminal file-Tolis Papageorgiou. The use of those interviews as material that can be used against the journalists, is something that is going to happen for the first time in Greece’s history, whatever the interpretation is of the penal code.