GRNews
GreekReporter.comGreece"Kismet" Looks at Impact of Turkish Soaps on Women

"Kismet" Looks at Impact of Turkish Soaps on Women 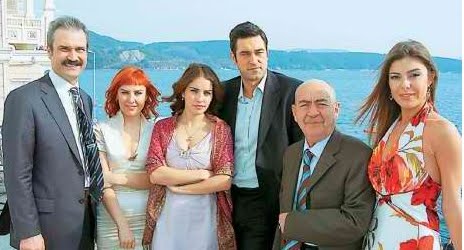 Turkish soap operas have millions of fans all across the Balkans, the Middle East and North Africa and this is a well-known fact. But what remains largely unexplored, is how they have affected the social and religious lives of Muslim women, especially in the Arab world, and changed the way they see themselves and their role in society.
The impact of Turkish soaps on Muslim women is the subject of a new Greek-Cypriot documentary by Nina Maria Paschalidou, which will be competing at the International Documentary Film Festival of Amsterdam (IDFA) from November 20 to December 1, the Athens-Macedonian News Agency (AMNA) reported.
“Kismet” was filmed in Turkey, Egypt, the United Arab Emirates, Bulgaria and Greece.
The director also attended several shoots of popular Turkish soap operas, talked to famous stars of the genre, and chatted with female fans about how they identify with the heroines and whether they see the serials as a springboard for their emancipation. In Cairo, for example, a women’s rights activist and victim of sexual assault tells Paschalidou that the series “What is Fatmagul’s fault?” has shattered all sorts of taboos and encouraged women to come forward and speak openly on the subject of rape.
Another woman, in the UAE, confesses that after watching the same series she decided to divorce her husband, whom she had been forced to marry while still a child.
Paschalidou also interviewed a number of imams for “Kismet,” who, unsurprisingly, criticized Turkish soaps and the role models that they promote.
The director also notes how some fear that Turkish soap operas are one of the key factors in a spike in the divorce rate in the Arab world.
“In Egypt, the women watch the shows separately from the men,” Paschalidou told AMNA. “These shows openly and simply address Muslim women on issues such as marriage, divorce, personal relationships and love.
They are exported to 80 countries and now, after the success of ‘Suleiman the Magnificent,’ to even more than that.
The fact is that the Turkish powerhouse industry, television, has even helped independent Turkish cinema as the soaps feature very famous actors who also play in films.”
Today, Turkish soap operas shown on local television have become a weekly staple for hundreds of thousands of Greek women.
So what is it that makes the programs so popular with women in Orthodox Christian Greece?
“It is in part because they are simply trendy right now, but mainly because they broke an ethnic taboo,” Paschalidou said.
“In the film we focus on a Turkish woman married to a Greek who is learning Turkish by watching the soap operas, but also on a Greek woman of Asia Minor descent who has been deeply influenced by the soap ‘Suleiman the Magnificent’.”
(source: ANSA)