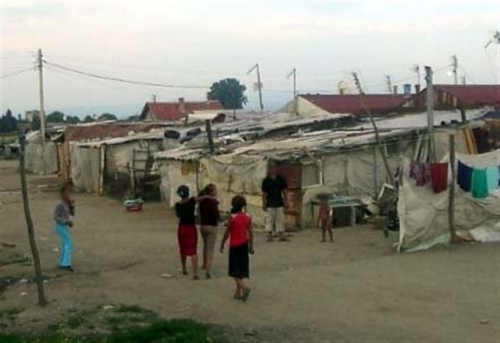 “Invasions of Roma Camps all over Europe, are not only by the police, but also from far-right gang groups, and are becoming a common phenomenon after the incident that occurred in Greece -little Maria who was found in a Roma Camp in Farsala” stated Eleni Tsetsekou, consulter of Council of Europe Secretary General, in matters of Roma. Those statements were made during the event which was jointly organized today by the Council of Europe and the European Commission for Roma Greek intermediates.

As Mrs. Tsetsekou mentioned in the Athens News Agency, after the Farsala incident, police forces all over Europe are making continuous  DNA tests in Roma camps, especially when children with fair skin are noticed by the authorities.

However, there are Roma with fair skin color and light colored eyes. These characteristics are typical to Sinti, another Roma group. The greatest danger is not the feeling of terror that police invasions cause to Roma camps. The greatest danger is the far-right groups that have decided to take the law into their own hands. That happened yesterday in Serbia where a Serbian far-right group attacked a Roma camp, after a resident’s allegation that he had seen a girl with fair skin in a nearby area. The group invaded the camp and behaved with the way that we are all familiar with.

Eleni Tsetsekou explained the causes that led to the Farsala incident and underlined, that “there are many problems on the way private adoptions are made in Greece. That leaves much space for anyone who wants to act illegally.”

Many others underlined in their speech, that Greece, in the name of the so-called “charity adoption” and a law of flimsy construction, allows anyone to adopt a child only by signing a consent form. Roma’s from Bulgaria and Romania offer their children to childless couples.