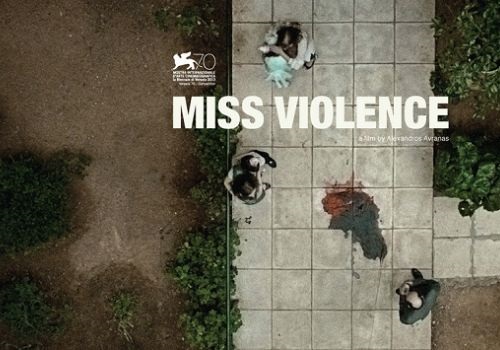 Three contemporary Greek films will compete in the 24th Stockholm Film Festival, which will take place from the 6th to 17th of  November. Greece will be represented by “Miss Violence” of Alexandos Avranas, “Luton” of Michalis Konstandatos and “The Eternal Return of Antonis Paraskevas” of Elina Psyckou.

Michalis Konstantatos’ “Luton” is the second Greek film that will compete in Stockholm. The film premiered in September at the International Film Festival of San Sebastian and participated in  BFI’s London Film Festival.  Three different people living a conventional life try to find their way out. The production belongs to “Horsefly Productions,” in cooperation with “Faliro House Productions,” the “Greek Film Center,”  ERT , “ARCTOS Broadcast Facilities,” the 2|35, “Endorphine Production”, Kostas Varibopiotis and Yannis Fotos.

Elina Psykou’s “The Eternal Return of Antonis Paraskevas” will compete in the twilight zone category. The film refers to the current situation of Greece. A TV star who feels that his career is dying, invents his abduction and sneaks into an abandoned luxury hotel. The film, that will be screened in the 54th International Film Festival of Thessaloniki, is included in the original list of films recommended for nomination by the European Film Academy for the year 2013.

More than 170 films from 40 different countries will be screened at Stockholm Film Festival, which also includes a number of seminars, meetings with film directors and sneak previews of various projects and work in progress.