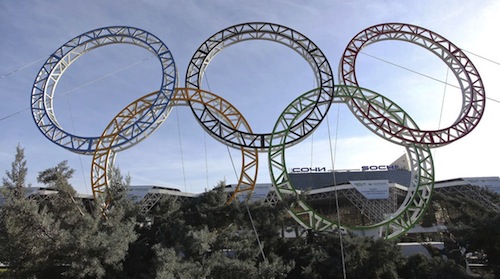 Greece’s Consulate General, Yiannis Plotas, participated in a unique and impressive ceremony of Sochi Winter Games Torch Relay that took place in Russia. He received an invitation from the Russian Olympic Committee, which was an honor for Greek Consulate General.

Mr. Plotas made the fixed distance wearing the official torchbearer uniform. The event took place in the historical city of Ivanovo. Ivanovo is situated 180 km northeast of Russian capital.

The Greek Consulate General in Moscow stated in ANA-MPA and in Russian journalists, that he was both thrilled and moved “for this unique and symbolic moment.” He expressed that he is delightful that this great moment for him coincides with the time that his tenure, as Consulate General in Moscow, is completed. “My participation in this unique ceremony of torch relay of the forthcoming Winter Olympic Games in Sochi seals with the best way our 4 year effort bringing the two countries closer.”

Y. Plotas returns this year to the Greek Ministry of Foreign Affairs main service, with great memories of his tenure in Russia. During the 4 years, he developed a great understanding and mutual respect for Russian Tourist Agencies and the Greeks that live in Russia. Furthermore, he assisted with the direct solutions on issues, as well as making his contribution to the increasing percentage of Russians that visited Greece.

Another contributing factor that helped to build strong relations is that Greece gives Schengen a visa within 48 hours, faster than the other EU’s countries. That is something that, Alexander Radkov, Chairman at Russian Federal Agency for Tourism underlined, during his meeting with the Greek Tourism Development Minister, Olga Kefalogianni.