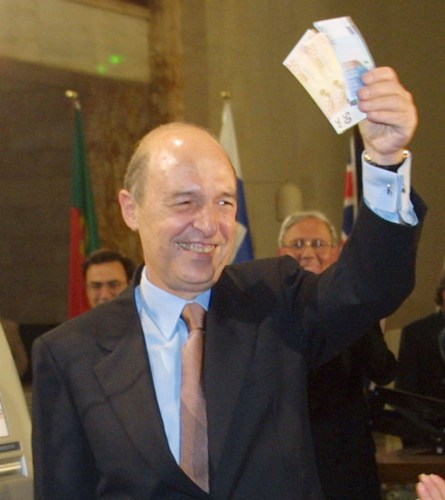 Der Spiegel predicts that Costas Simitis, former Greek prime minister (1996-2004) and PASOK leader will return in the main political scene of Greece. This will happen either via the initiative of the new centre-left alliance, or as a candidate of the presidency of Greek Republic. According to Spiegel’s article, we must not exclude a possible combination of these two scenarios.

In more detail the article says:

“Political figures and voters that believe in Social Democracy find themselves in smaller and different political parties, but it is believed that they could find a political ‘shelter’ to a new platform under the leadership of Costas Simitis. Former Greek prime minister with PASOK hopes that this political platform would help Greece to escape from the crisis dead-end.”

Costas Simitis, has already expressed publicly, that he applauds the move made by the 58 members who signed the declaration of the new centre-left alliance. Among the members of the movement, there are many who believe that they could use him as a central figure of their political plan, especially if he is a candidate for the presidency of Greek Republic in 2015.