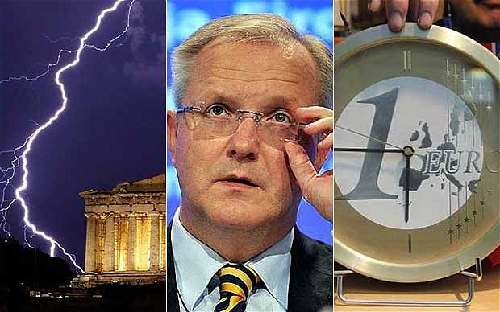 A few days after the postponing of the discussion for the Greek debt for “some moment in the next summer,” European Commissioner for Economic and Monetary Affairs, and the Euro and vice president of the European Commission Olli Rehn, spoke again about Greece during the presentation of the 5th report of Reichenbach’s Task Force for Greece.

“Though he have encouraging signs for the stabilization of the Greek economy and we expect return to positive growth in 2014, the situation remains very difficult for the Greek citizens, with a dramatically high number of unemployed,” Rehn stated.

According to the conclusions of the report, the works in the four major highways will start in the coming weeks. At the same time, an increase in the efficiency of the tax administration is noted as the number of controls of important taxpayers was doubled during the first seven months of 2013, in comparison with 2012 (164 against 66).

At the same time, a leading European Commission official stated in Athens that “Greece has recorded important progress regarding structural reforms”. However, he added that many things have to be done in order to use EU funds, to combat youth unemployment and to support long-term unemployed. “It will be a pity if the big sacrifices of the Greek citizens not to succeed,” he underlined.