Conflicts in the Orthodox Ecumenical Council 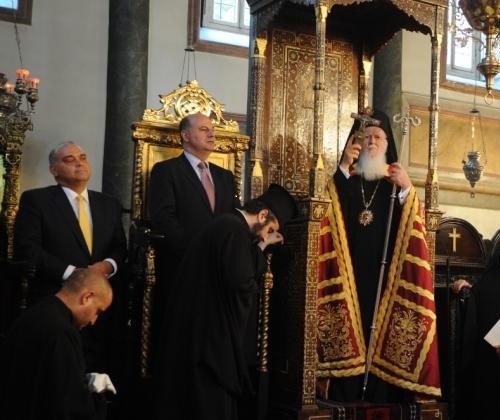 A fierce conflict between the Ecumenical Patriarchate and the Patriarchate of Moscow, that may lead to a new schism, threatens the forthcoming Orthodox Ecumenical Council.

The reason is the effort of the Russian Church to degrade the primacy of Constantinople in the orthodox world and to expand in China and Japan.

This expansive strategy has clear political extensions of geopolitical character, with the assistance of president Poutin.

Patriarch Bartholomew reacted intensely, sending a letter to the Patriarch of Moscow, Cyrillus, and two others, of informative character to Archbishop Ieronymos.

According to the letter to Cyrillus, the facts that caused the reaction of the Ecumenical Patriarchate are: the suppression of the contribution of the church of Constaninople to the christianization of Kievan Rus, the degradation of the Patriarchate’s delegation, the improper enhancement of the “autocephalous” Orthodox Church in America, and the unannounced presentation of a text that disapproved the violence in the Middle East. This had already happened in 2011, at the Council of high-ranking Bishops of Orthodox Churches of the Middle East, in Phanari.

The interest of the Russian Church for proselytism in China and Japan is not only religious, but also political. The text concerning the violence in Middle East is included in that framework.

It seems that the Tsaric subconscious comes to the surface, connected to the old theory of  “Third Rome” and this, despite being refuted, consists the main target. The opulent grand events contribute to the gold wrapping.

All the above have already caused serious side-effects. Most important of which, is the danger of cancellation of the Orthodox Ecumenical Council.