Migrants in Greece Apply For Repatriation 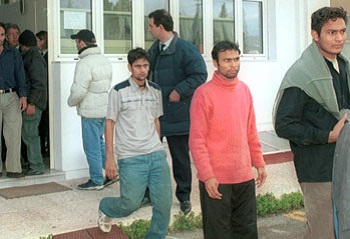 A large number of immigrants in Greece have already applied for repatriation, mainly because most of them are jobless.
Among the applicants are Africans, Asians and Eastern Europeans. In particular, since the summer of 2013, 832 Pakistanis, 361 Bangladeshis and 142 Gergians have been interested in returning back to their homeland.
The head of the International Organization for Migration (IOM) in Greece, Daniel Esdras expressed his opinion regarding the current issue of migrants’ repatriation, stating: “The people who ask to leave Greece face huge problems.” Nine in ten are homeless and have to look for food every day. They have realized they are in a tragic situation, a dead-end.”
Esdras also said that last year only 5 percent of the total managed to leave. That figure has grown to 18 percent by now.