Italy Condemns ex-Nazi to Life Imprisonment for the Kefalonia Massacres 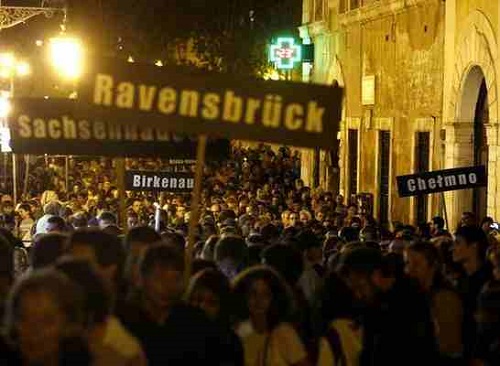 Rome’s military tribunal has convicted Alfred Stork, a 90-year-old ex-Nazi who lives in Germany, for his role in the execution of 120 Italian officers on the Greek island of Kefalonia, according to an article from Daily News.

Prosecutor Marco De Paolis said Alfred Stork was sentenced in absentia on Friday, to life in prison for his role in the executions of the officers, including division commander Gen. Antonio Gardin.

Between 3,000 and 4,000 Italian soldiers were killed in the week-long massacre in September 1943. Italian troops that had been occupying Greece with German allies found themselves in enemy territory when Italy signed an armistice with the Allies following the fall of fascist leader Benito Mussolini.

It was the first conviction in Italy for the Kefalonia massacres. Previous attempts were closed due to the death of defendants or lack of evidence.

Marketing genius can take many forms -- from the "Music Man" salesmen of the early 1900s, selling band instruments to poor townspeople -- to...
Education

Police have made over 30 arrests in Thessaloniki after they clashed with protesters who were demonstrating against a new education bill.
Ancient Greece