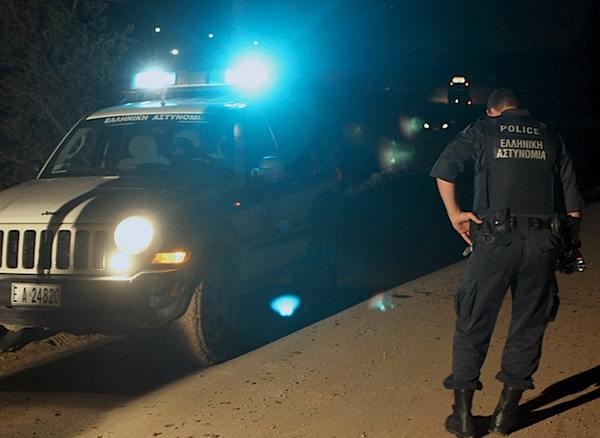 Greek Police found 20 rifles and 60 knives at a fugitive businessman’s villa in Voula, Greece during an investigation for illegal weapons associated with Golden Dawn.
The operation was carried out after a source told Greek police for the existence of the weapons associated with the Golden Dawn political party.
The operation was carried out in Voula, Attica at the request of Misdemeanors Prosecutor of Athens, with the assistance of the Department of Internal Affairs. Greek police announced that during their investigation found the following:

In their announcement, Greek police officials noted that the findings were seized and the investigation continues.
Recently, Greek Police has started to investigate Golden Dawn members and affiliates for possession of  illegal weapons after a crack-down that was initiated as a result of the fatal stabbing on Sept. 17 of a Greek anti-fascist rap singer. It is unclear how many investigations are actually taking place at the moment.
Greek media reported today that police has also located an unclaimed container that might include illegal weapons and it is connected to the same businessman.
Golden Dawn has denied any possession of illegal weapons and calls the crack-down illegal.