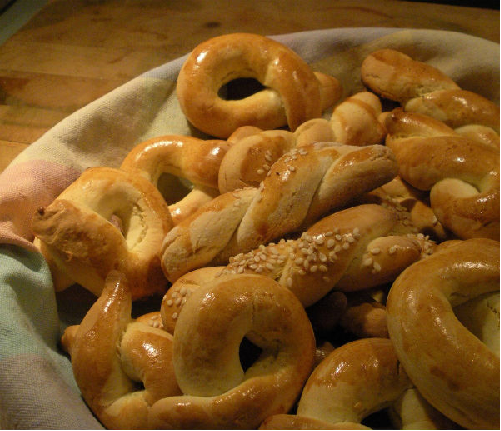 The lucky ones who will get to be there will learn how to make koulourakia (a traditional Greek butter-based pastry).  These koulourakia will be 100% Greek as they will be inspired by the way women make them in Ammouliani and Olimpiada of Chalkidiki. Ammouliani – also known as Amoliani – is an island located in the Chalkidiki regional unit, Greece, 120 km from Thessaloniki, and Olimpiada, a village in northeastern Chalkidiki.

The program “Mount Athos Area Kouzina” of the Mount Athos Area Organization, will travel to London to organize traditional pastry workshops; mainly consisting of dessert recipes, taken from the regions of refugees.

Jamie Oliver will not only put his restaurant at the disposal of the cuisine of Chalkidiki, but will do even more to make people acquainted with the tastiness of life in Chalkidiki . Eighteen traditional dishes, based on local biological products, were photographed in October in what we call “the third leg” of Chalkidiki- taken by the well known British photographer David Loftus for “Jamie Magazine.”

The photographer accompanied by Andy Harris, editor of all the productions of the British chef, captured images of the plates and surroundings, as well as photos showing the preparation of these special dishes. With this material, a multi-page tourist/gastronomical tribute to the region of Athos and Aristotle will be created and will be included in the coming winter edition of the magazine.