Spiros Latsis and the Prince of Bahrain Talk Business 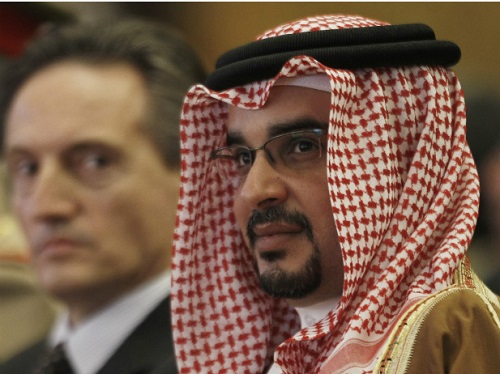 Even though the financial crisis has hit Greece, the business discussions still exist. Every day, rich men arrive in our country in order to discuss or think about their investments. At the end of September, the Prince of Bahrain Salman, Bin Hamad al Khalifa was in Greece for three days. His visit aimed to discuss with the richest Greek, Spiros Latsis.
The two men are really good friends. The Prince of Bahrain is known in Greece because he made the best offer that we could expect for the purchase of the former Ellinikon International Airport of Athens. The two friends want to join their forces in order to purchase the former airport of Athens.
At the same time, one of the two British Livingston brothers, was also in Athens for the same reason, to think about the Hellinikon airport. The discussions are in a crucial time, because they try to define the use of the land in Hellinikon. The second part of the competition is scheduled for November 2013.
It’s possible to have an “Arab-Israeli war”. It’s possible to see a consortium between the British company London Regional with the Israeli Elbit, or from the other hand a consortium between the Latsi’s company Lamba with the support of Bahrain or Qatar.