GRNews
GreekReporter.comAustraliaPhoto Exhibition for the Presence of Greek Women in Australia

Photo Exhibition for the Presence of Greek Women in Australia 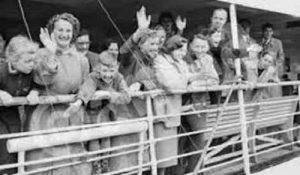 The Estia Hellenic Women’s Cultural Association celebrates 35 years since its founding, with a photo exhibition of rare documents entitled “Greek Women in Australia – Over a Century of Contribution”.

The exhibition consisting of rare photographic material and documents, dated from the beginning of immigration, and depicts the life and the experiences of the Greek women of all social strata.

Since its first presentation in 2002, this exhibition has been further enriched by a photo gallery including the long and significant contribution of Estia to the Diaspora of Australia.