Drilling for Precious Metals in Larnaca and Paphos 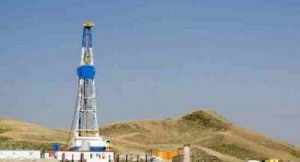 The Canadian company “Northern Lion” announced drilling for the detection of precious metals in regions of Larnaca and Paphos, after specialized research showed probable reserves.
The Wall Street journal, cited by CyBC, reports that the company announced the completion of its geophysical research in Cyprus and the start of the drilling program in cooperation with “Centerra Gold”.
In a statement to the newspaper, the company’s chairman and CEO says, that the research detected three probable reserves in the region Pano Lefkara, and two in Paphos, in the region of the old mines of Limni and Kinousa.
The Mines Service of the government of Cyprus referred to an announcement that some sample drillings have been already carried out and there are indications of allowing further research.