Greek Germans Aspire to Promote Greece as a Tourist Destination 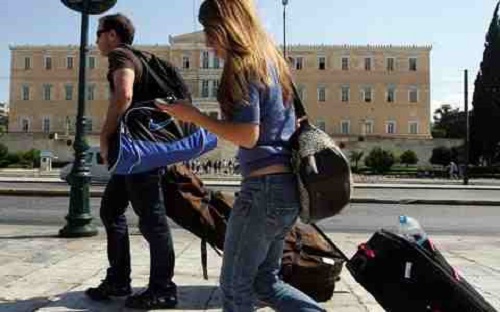 The Greek expatriates of Germany are willing to contribute to the promotion of Greece as a tourist destination, as it was pointed out at a meeting with new director of the Greek National Tourism Organization of Germany Eftychia-Christina Aivaliotou, along with president of the Federation of Greek Communities of Germany Kostas Dimitriou.

Speaking to AMNA, Kostas Dimitriou pointed out that the aim is for cultural events organized by Communities and other Greek bodies in Germany to be combined in order to promote tourism.

In this framework, it was considered necessary to design an events calendar for 2014, which will make upcoming events more popular. The Greek National Tourism Organization was called to send promotional material.

Mr. Dimitriou highlighted that the climate for Greece in Germany has significantly improved and this is reflected in the increase of tourists, while the cultural events contribute to its further progress and development.

Mrs. Aivaliotou stressed that the utilization of all the forces of Hellenism and its organized bodies in the country’s effort and particularly in the tourism sector, constitutes one of the priorities of the Greek National Tourism Organization office of Germany.