Voices of Greece in Vienna 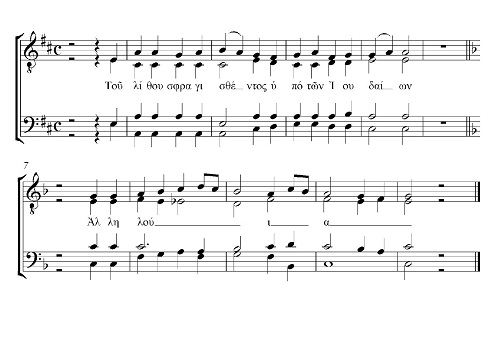 Voices of Greece, a Christian music concert took its audience from Vienna to Greece on Oct. 7, an event that took place in St. Stephen’s Cathedral, organized from the Greek Orthodox Church in Vienna with the Roman Catholic Archdiocece of Vienna, for charity.

The Metropolitan of Austria and Exarch of Hungary and Mid-Europe Arsenios, send a message of love and solidarity for the Europeans who are suffering from the financial crisis. Philhellenes from Austria, Greek expatriates and people from the Diplomatic Corps attended the concert.

The choir of St. John Chrysostom created in 1991 in Thessaloniki. It has take part in different concerts in Greece as well as abroad.

The Orpheus Chamber Orchestra created in 2011 the pianist Konstantinos Dimakis. It consists of Greek soloists from Vienna. They present not only classic music but also Greek traditional music.

A seven-year-old boy died after a fire broke out at a migrant camp in Thebes, northwest of Athens, late on Tuesday. The child's nationality was not released.
Greek Food