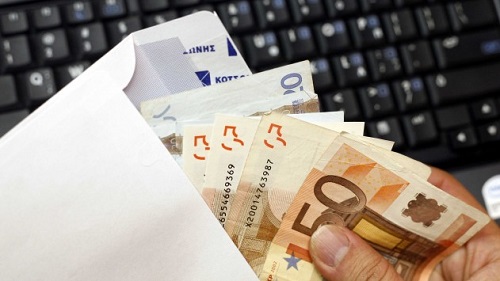 The inability of Greek citizens to pay their estate taxes has resulted in expired debts and the outstanding taxes owed to the Greek State jumped to 61.214 billion euros in August 2013 from 60.181 billion a month earlier. These data has been recently by the General Secretariat of Public Revenue.
However, the General Secretariat of Public Revenue in Greece estimates that the State will be able to collect the expired debts within the next months although they haven’t been able to get tax cheats to pay for decades.
They didn’t explain how they can get money from Greeks crushed by pay cuts, tax hikes and slashed pensions during a deep six-year recession with record unemployment and more than 110,000 stores shuttered in the last 3 1/2 years.
According to the same data, the increase of the overdue debts to the Greek State are mainly due to the rapid increase of overdue debts on behalf of individuals, that total 22.339 billlion euros, while in July the total debts amounted 21.646 billion euros.
Nevertheless, the Ministry of Finance notes that the Greek State managed to collect some amounts (1.833 billion euros) of past overdue debts owed to it within the months from January to August, even if it’s just a fraction of what’s owed. This happened due to the new regulations concerning the tax payments that have been adopted lately.
The Greek General Secretary of Public Revenue, Charis Theocharis stated that Greece’s tax collection mechanism has done a great effort concerning tax payments in general even though it’s far behind schedule and he said it will catch up fast but didn’t explain how.