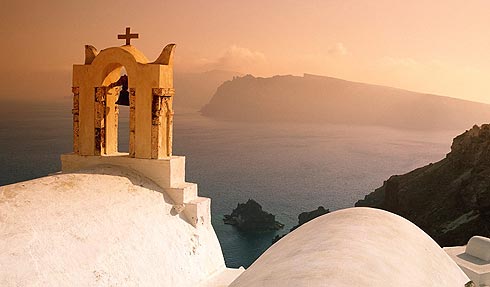 Greece and Turkey are working together to urge their residents to visit each other’s countries.  Tourist agents in Turkey said they expect a substantial increase of Turkish tourists in Greece.

“The nine-day vacation for the Feast of the Sacrifice as well as the low prices on Greek islands, led tourists from around the world including Turkish people to choose Greece as a holiday destination,” executive director of the travel agency in Marmarida, Şükrü Tugay stated.

“Since the Feast of Sacrifice is a long-term vacation, many Turkish tourists are expected to visit the Greek islands. For this reason, we consider organizing additional routes from Marmarida to Rhodes.

Greek Minister of Tourism Olga Kefalogianni and Turkish Minister of European Union Affairs Egemen Bagis are in negotiations to develop a tourism collaboration between the countries.

Kefalogianni pointed out that Turkish touristic flow was increased thanks to pilot visa program for Turkish citizens who are visiting the islands of the Aegean.

According to the pilot program, Turkish tourists or other non-EU citizens visiting Turkey that wish to visit the islands of Rodos, Kos, Samos, Chios, Mytilini and Kastelorizo for less than 15 days can issue visas either through Turkish travel agents or straight from the ports of the islands. She also suggested to continue the same visa program and this year.

In addition, during the meeting the Greek side expressed its intention to open an information office in Istanbul whereas this movement will give more information to Turkish about Greek tourism.

Mitsotakis announced on Thursday that he will bring about new legislation to tighten sex abuse laws and help victims, while endorsing the #MeToo movement.
Ancient Greece