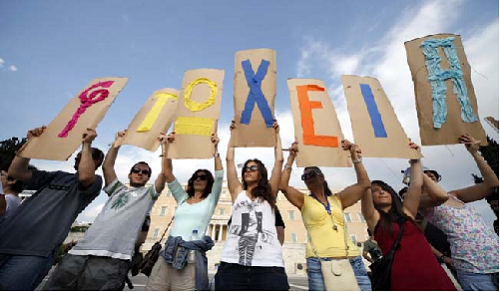 Eurostat in its last regional yearbook, has recorded an increase in the number of people at risk of poverty and social exclusion as well as those who face exclusion from the labor market in many EU countries during the years 2008-2011.

The European Commission in its report stated that in 2011, 121 million people in total or 24 percent of the EU population were at risk of poverty or social exclusion.

In Greece, according to Eurostat, 31 percent of the country’s population was at risk of poverty and social exclusion. The highest percentages were recorded in Bulgaria (49.1 percent), Romania (40.3 percent) and Latvia (36.6 percent).

The EU criteria on the basis of which the risk of poverty is defined, is the level of income (if less than 60 percent of the national nation), the lack of some basic subsistence (such as difficulties in paying the rent and communal costs, heating problems) and high rates of unemployment.