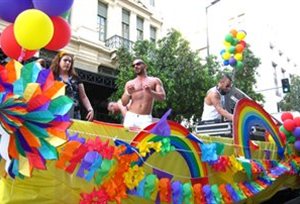 The Cypriot government decided to amend the Penal Code in order to protect people from discrimination or psychological or other forms of violence because of their sexual orientation.
According to the newspaper Fileleutheros, the decision of the Criminal Code Amendment has been made by adding a new article that seeks to criminalize incitement to violence or hatred against people or groups, based on sexual orientation or gender identity.
The existing legal framework has already criminalized acts of public incitement to violence or hatred against people on other grounds, such as race, color, religion, national or ethnic origin, descent , etc. The addition of the proposed offense, complements the criminal framework το cover all grounds of discrimination, in accordance with the motion of the Commissioner for Administration and Authority against Racism and Discrimination.
Specifically, the new article provides as follows:
“A person who publicly and in a threatening manner intentionally encourages or incites either verbally or with written texts or illustrations or any other way to violence or hatred directed against a person or group defined on the basis of sexual orientation or gender identity, is guilty of an offense and in case of  conviction is subject to imprisonment not exceeding three years or to a fine not exceeding  € 5,000 or to both such a fine and imprisonment . “