Lagarde Says Greece Has A Surplus 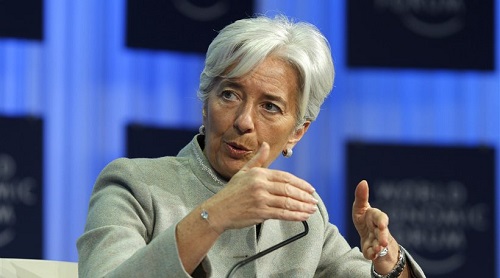 In an interview with DW, Managing Director of the International Monetary Fund Christine Lagarde talked about Greece’s economic situation, stressing: “In Greece were required very significant structural reforms through which the country has gone with huge sacrifices”.

Moreover, Lagarde emphasized that Greece has now a surplus but she admitted that there was an underestimation of the fiscal multiplier which vastly underestimated the devastating effect of austerity the IMF, European Union and European Central Bank, the country’s international lenders, demanded in return for $325 billion in two bailout loans. Despite that, they have demanded more.

Lagarde also referred to the re-election of German Chancellor Angela Merkel, stating that she believes that Merkel is intelligent that she contributes to the economic stability of the region.

Lagarde emphasized that “austerity” means discipline in the German language, adding: “We’ve always advocated discipline. When the objectives are set, they have to be respected. What we’re also saying is that growth and fiscal policies that result in consolidation are not mutually exclusive. And what we’re saying is that it is the pace of fiscal consolidation and the type of measures that are used to consolidate fiscally that need to be tailored in order to privilege growth.”

Greek PM Kyriakos Mitsotakis stated on Wednesday that the country's national lockdown will continue due to a sharp increase in cases.
Canada