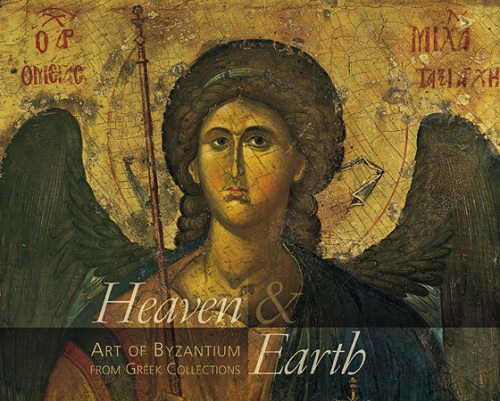 A Greek delegation, headed by Greek Prime Minister Antonis Samaras and Minister of Culture and Sports Panos Panagiotopoulos, left Washington for Greece on October 4 disappointed that the 1st exhibition devoted to Byzantine art at the National Gallery of Art was cancelled.

As the Washington Times reported, the group traveled to D.C. to attend the formal National Gallery of Art inauguration of  “Heaven and Earth: Art of Byzantium from Greek Collections,” on October 2. The exhibit was a display of 170 rare and important works, some recognized masterpieces drawn exclusively from Greek collections, many never lent before to the United States.

However, this week’s shutdown closed the National Gallery, and seems likely to postpone the opening of the exhibit to the public, scheduled for Sunday.

Panagiotopoulos “made the trip specifically, and has left without even seeing the exhibition as it was finally displayed,” said Zoe Kosmidou, the cultural counselor at the Greek Embassy. “You can understand what the feelings are,” she added.

A large group of scholars and officials who had flown over for the exhibition are still in Washington hoping for a quick resolution to the shutdown.

As Kosmidou stressed, “We are trying to overcome the feeling of disappointment and looking for the best way possible once the exhibition can be opened.”

The exhibit will be in place until March 2, which suggests that time is on its side. After Washington, the show goes to the Getty Museum in Los Angeles.