GRNews
GreekReporter.comEuropeErdoğan on Halki: Greeks Want Only Us to Give

Erdoğan on Halki: Greeks Want Only Us to Give 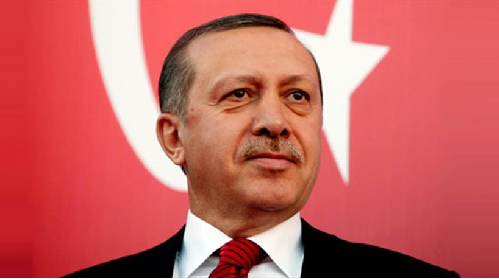 Prime Minister of Turkey Recep Tayyip Erdoğan requested from Greece reciprocity regarding the reopening of the Halki seminary.

Talking to the Turkish TV network “A haber,” Erdoğan, moving in the same wavelength as the Foreign Minister of Turkey Ahmet Davutoğlu who asked from the Greek government in exchange for the reopening of the Theological School of Halki the placement of a mufti in Xanthi and the building of mosques in Athens and Thessaloniki, stressed:

“We can solve the issue of the reopening of the Halki seminary. We talked about it with Greek ministers. It won’t take a moment. But, I told them, in Athens we have two mosques and I asked them to give us the permission to renovate them… They always say “give us, give.” It’s time for them also to give us something, too.”

The Turkish Prime Minister, after explaining that the Turkish citizenship is given to all members of the Ecumenical Patriarchate Council, continued: “But in western Thrace we have 150,000 compatriots. The Greek government appointed a mufti, to satisfy their religious needs. They promised us that they will do something, but they delayed to take action.”

Erdoğan, also after reminding the reopening of Sumela Monastery (a Greek Orthodox monastery dedicated to the Virgin Mary at Melá mountain, in the Trabzon Province of modern Turkey) as well as the reopening of the Greek school on the island of Imbros, stressed: “We are always opening something, but in Greece they do nothing. We supported everything. In some cases, we even took care to provide free electricity and water.”