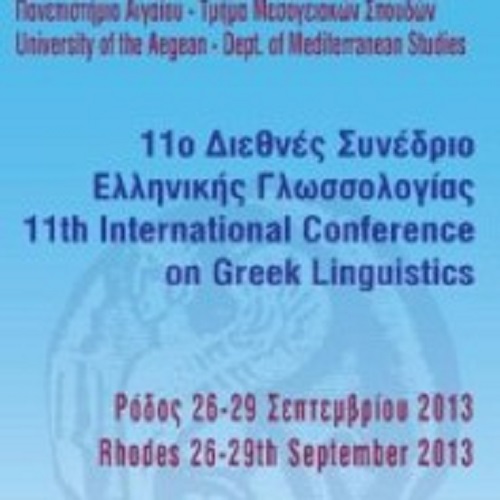 The Division of Linguistics of the Department of Mediterranean Studies of the University of the Aegean arranged the 11th International Conference on Greek Linguistics, in Rhodes. Totally, 226 announcements were presented by 281 delegates coming from 26 European countries (including Greece), America, Asia, Australia.
According to the voting, the specialists expressed their satisfaction for the multi-dimensional and the high level of studies on Greek language produced in Greece and abroad. “Now we have a better image for the structure, the evolution, and the dialects, as well as we understand better the relations with other languages and other societies,” they said, adding that now more is known about the use and the didactic of Greek.
“It’s alarming that the achievements of Greek Linguists are not used as they should, in comparison with the other European countries,” they added.
In another voting, the delegates expressed their concern about the degradation of Humanities as well as the consequent reduction of their educational foundations, not just in Greece but across Europe which has had economic stagnation for more than five years in many of its countries.