Tom Hanks Talks About Being a ‘Papou’ 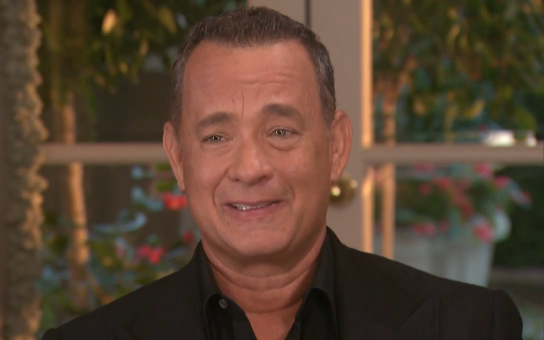 In a recent sit down interview with the celebrity news program “Entertainment Tonight,” Tom Hanks talked about his new film, “Captain Phillips,” and opened up about his grandkids.

The 57-year-old, who is married to Greek-American Rita Wilson, recently celebrated becoming a “papou” again. His son, Colin, welcomed a second daughter this past July. When ET’s Nancy O’Dell asked Hanks during their interview what his grandkids call him, he told the entertainment host, “Papou,” continuing, “That’s Greek…every yia yia is a grandma and every papou is a Greek granddad.”

Hanks has always been very vocal about his love for Greek culture, having told us that he feels “110% Greek.” He and Wilson also frequently host the Saint Sophia Cathedral Greek Festival held in Los Angeles.

O’Dell and Hanks also discussed his role in “Captain Phillips,” which is based on a true story. The actor plays the title character who finds himself having to keep his crew safe from a pirated Somali attack aboard a U.S. ship. The film hits theaters Friday, Oct. 11.

Check out the “Entertainment Tonight” interview below: