The Met: Live On HD Premiere 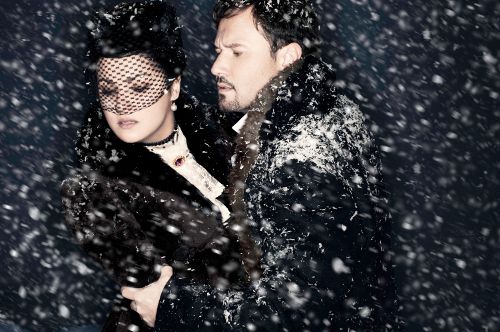 The award-winning program The Met: Live in HD has been warmly received by the Greek audience in the previous years, surpassing all expectations and proving that the Greek art lovers appreciate one of the most sophisticated forms of art and expression, opera.

The audience’s interest for The Met: Live in HD was such that the tickets were sold out in most of the performances that took place during the previous years.
The Greek ANTENNA Group obtained this great collaboration with the Metropolitan Opera of New York for three years in Greece and Cyprus, offering to the friends of opera a unique cultural spectacle, signed by the most acclaimed artists of the world lyric stage.
A number of 10 new performances will take place during the season 2013-2014, which will be screened in selected cultural centers and theaters all around Greece and Cyprus.
The program’s premiere will be held on Oct. 5 with the new production Eugene Onegin by Peter Ilyich Tchaikovsky. During the season 2013-2014, in the framework of The Met: Live in HD, the following big productions will be screened:
The Nose by Dmitri Shostakovich, on October 26, 201
Tosca by Giacomo Puccini, on November 9, 201
Falstaff by Giuseppe Verdi, on December 14, 2013 – New Production
Rusalka by Antonín Dvořák, on February 8, 2014
Prince Igor by Alexander Borodin, on March 1, 2014 – New Production
Werther by Jules Massenet, on March 15, 2014 – New Production
La Bohème by Giacomo Puccini, on April 5, 2014
Così fan tutte by Wolfgang Amadeus Mozart, on April 26, 2014
La Cenerentola by Gioachino Rossini, on May 10, 2014
For more information you can visit www.metingreece.com