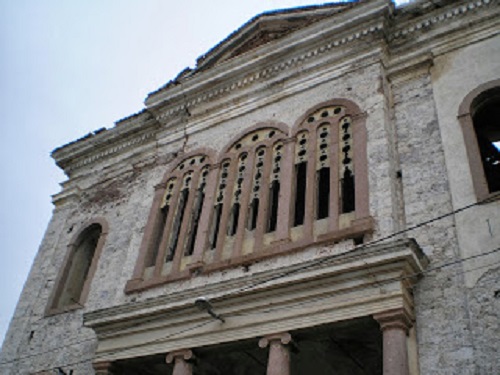 A group of about 400 Greeks performed a religious ceremony in a hotel, after the denial of the permission needed to conduct a church service at the Taxiarchis Church in the Aegean province of Balikesir’s Ayvalik district.

As Hurriyetdailynews reports, the Greek Orthodox Patriarchate in Istanbul wanted to organize a church service on Sept. 29 at the Taxiarchis Church, which has been converted into a museum, and requested permission from the office of Balikesir Governor, on April 15.

The application was forwarded from the governor’s office to the Ministry of Tourism and Culture in order to be replied. The Greek community had been waiting six months for the reply, which arrived three days before the planned service, on Sept. 26.

The answer was no as Turkey, which wants to be in the European Union, continues to routinely bar Orthodox Church services. Despite that, Greece supports its membership, even though Turkey also bars ships and planes from Cyprus, an EU member.

The delay wasn’t worrying, as it was considered ordinary, due to the fact that church services in other parts of Anatolia have been granted permission at the last minute in the past. So the group which was about to travel for the church service at Taxiarchis Church-Museum didn’t cancel its trip and traveled to Ayvalik.

The Turkish newspaper said that the majority of the group consisted of Greeks descended from those who were driven out of Ayvalik and migrated to Greece in the last century. The Greek Orthodox Patriarch Bartholomew had conducted a church service at Taxiarchis church in 2000.

Patriarch Bartholomew decided not to go to Ayvalik, after the rejection of the permission. The group of 400 people who had traveled to Ayvalik, decided to perform the ceremony in the hall of the local hotel before going back home. Permission has previously been granted for ceremonies at churches in Bursa, Trabzon and Cappadocia.

The Taxiarchis Church was built in 1844. Its bell was later discovered to be the largest church bell in the world, and is now being exhibited at the Bergama Museum in Berlin.

A tiny islet off the coast of Attica near the Kaki Thalassa area has such a shape that it gives the impression it features a swimming pool.
Diaspora