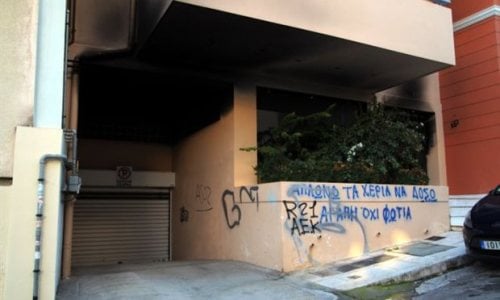 An attack against the house of the brother of the Government spokesman, Simos Kedikoglou, was recorded on the night of September 26, at Strefi Hill in Exarcheia, Athens, as it was denounced by Kedikoglou on Greek TV channels.

According to the spokesman, the alleged perpetrators, who were aboard motorbikes, scuffled with the police and finally left, without achieving to approach the targeted house, which was targeted twice in the past.
Six men were later detained by the police.
Kedikoglou said that, “We live in an era where relatives of politicians are targeted,” expressing his worry of desensitization to violence and the unacceptable justification of violence in many cases.