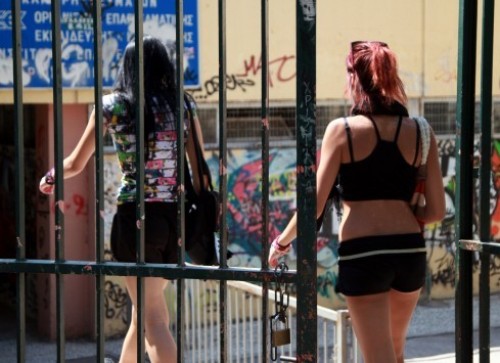 A 55-year-old headmaster of secondary education is accused of indecent assault against a 14-year-old student on the island of  Rhodes. An arrest warrant against the headmaster has already been issued with an ex officio intervention by the prosecutor of offenses against juveniles.

According to the information known at the moment, the story with the girl and the headmaster in question began at the end of 2012.
As the girl denounced, the 55-year-old started using sweet talk (such as ‘baby’ and more) when he addressed her, while later he continued using more audacious expressions and questions that concerned the minor girl’s underwear.
According to rodiaki.gr, the headmaster advanced to indecent assault against the 14-year-old girl, even when she was at school.
In any case, the local community is shocked. The 55-year-old headmaster’s deposition is expected to be of great interest, when he is brought before the magistrate in Rhodes, after his arrest.