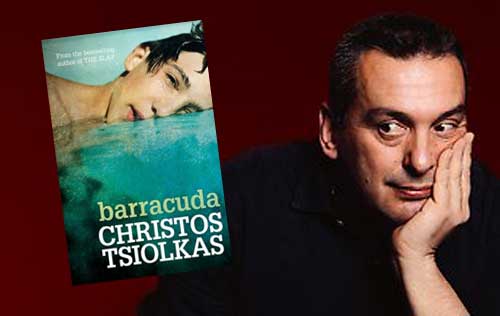 The long awaited new novel by award-winning Greek-Australian author, Christos Tsiolkas, entitled Barracuda, will be presented during a special event in Melbourne, Australia, on October 23.

In Barracuda, we follow the story of a young swimmer, Danny Kelly, with the nickname Barracuda, who devoted his life to sports, hoping to escape from the humble life of immigrants. But when, despite his efforts, it is proved that his talent is much smaller, he starts to believe that his life follows a downward course, noticing the gap that divides him with the other young men. Kelly will try to find his identity against all odds.

The Slap, Tsiolkas’ previous book of international success, was a brilliant image, but choleric as well, of the modern family life in Australia and of the family way of living in the western world, while Barracuda is said to be completely different.

In Barracuda, the struggle of the young athlete to be recognized, and his bumpy landing to reality is the touching story of a young man on his way to maturity. The book is expected to be discussed because of its topic, as the international press often refers to cases of super-athletes that fall victims of their inordinate ambition to be recognized.

Tsiolkas was born and grew up in Melbourne and is the son of Greek immigrant parents. He is openly homosexual and a leftist, and has a stable and combative presence in the letters of Australia. His book, The Slap, was initially published by Allen & Unwin publishers in Australia in 2008, and afterwards, the rights were bought in the United Kingdom. The book has sold 500,000 copies in Britain and was candidate for Man Booker Prize. It has been awarded the Commonwealth Writers’ Prize.

The publication date of Tsiolkas’ new book, Barracuda, is set for 1 November, 2013.