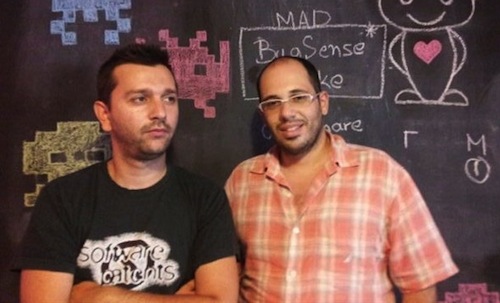 The effort made by two 30-year-old men, who divide their time between Athens and San Francisco selling services to some of the biggest companies in the world in the domain of mobile phones, has turned into a transatlantic super deal.

From January 2013 until today, the two men, Giannis Vlahogiannis and Panos Papadopoulos, did not just succeed in creating a unique start-up company in the field of technology and innovation that was profitable, but also succeeded in closing a big deal on the other side of the Atlantic as well.

Some days ago, the company of Greek origin, BugSense, announced its repurchase by the international technology giant Splunk.

The aforementioned company is listed on NASDAQ of New York and presents stock market value that exceeds 6,3 billion dollars. As reported in the Splunk announcement, the company’s president and CEO, Godfrey Sullivan, and the co-founder of the Greek BugSense, Vlahogiannis, will discuss further details for the agreement’s completion during the 4th Annual Worldwide Users’ Conference of Splunk, which will take place in Las Vegas from September 30 to October 3.

According to reliable information, the amount is expected to exceed eight digits, while the Greek start-up will continue functioning normally after its repurchase.

Vlahogiannis, who is already active in ZeroFund, a new initiative aiming at helping new businessmen from the start-up  companies’ community to open their wings, told Business Stories last January, “We started a year and a half ago, Panos Papadopoulos and I, and shortly after that Maria Nasioti joined the group. Now we are 11 individuals, with offices in San Francisco and Athens and we closed the year with profits.”