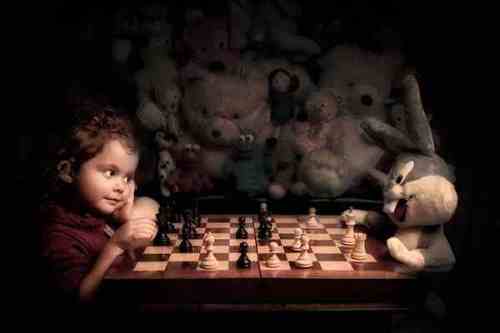 Bill Gekas, a Greek-Australian amateur photographer, who was born and lives in Melbourne, has been honored with one of the top photography awards worldwide. He won the first international photography award in the photo contest The Loupe Awards and since then has garnered worldwide media attention.

He drew notice for the recent International Photography Awards Lucies 2013 contest in which four his photos were cited for distinction among more than 18,000 entries.

The protagonist in Gekas’ photographs is his little daughter Athena. He said his works are inspired by painting and especially by the Dutch school because he is touched by the light, the colors and the expressions.

Gekas characterizes his daughter as an “excellent model” and said: “She is my muse. Athena loves to change costumes. All this seems like a game to her.”

Gekas is self-taught in photography and learned the technicals of photography using a 35mm film SLR camera from the mid 1990’s and switched to digital in 2005, constantly refining his style, as he describes about himself in his official website. Gekas’ photographs can be seen at www.billgekas.com.