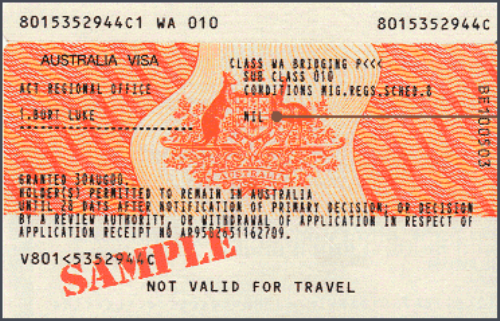 The number of Greeks that migrate to Australia has presented an increase, according to official data by the Australian Ministry of Immigration.

These data do not express reality, as they do not include Greek-Australians, who are naturalized Australians, have lived many years in Greece (some were born in Greece) and return to Australia due to the financial crisis that Greece is facing.

Due to the fact that they are considered Australian citizens, they are not included in the data by the Immigration Ministry, according to which:

The number of Greeks that migrated to Australia between July 2012-June 2013, in the framework of the program of attraction of specialized immigrants or family reconnection, reached 525 compared to 325 in the previous year and 134 in the period 2011-2012.

During the last financial year, student visas were given to a number of 855 Greeks compared to 332 in the previous year.

In the same period, a number of 457 Greeks were granted a temporary work visa.

In the last 12 months, a total of 1,837 Greeks arrived in Australia. In addition, thousands of Greek-Australians with Australian passports went to Australia as well. In the period July 2012-June 2013, some 7,222 tourist visas were granted to Greeks by the Australian authorities.

During the same period, 27 Cypriots got permanent residence permits in Australia, a number of 1,414 Cypriots got temporary permits and 128 young Cypriots went to Australia with a tourist permit, which gives them the right to live and work in Australia for a year.

OXI: How Greece Delayed the German Attack on Russia