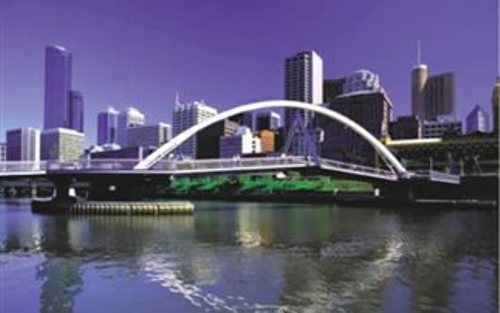 One of the richest Greeks of Australia, Harry Stamoulis, will participate in the construction of a new skyscraper, which will be built in the center of Melbourne and is expected to cost 600 million dollars, according to articles published in the Australian press.

Grocon, one of the biggest construction companies in Australia, which is owned by Daniel Grollo, will collaborate with Stamoulis.

Grocon Constructions has built two of the tallest buildings in Melbourne, the Rialto and the Eureka Tower, designed by the Greek-Australian architect, Nontas Katsalides.

Stamoulis was planning to build a 404-meter skyscraper at Collins Street, in the heart of Melbourne, which would be the tallest building of the southern hemisphere. However, it was deemed that the building would be “extremely tall” and that it would “cast a shadow over the Yarra River and Southbank.”

The new skyscraper will be built at 555 Collins Street in Melbourne’s center, where a 24-floor building owned by the  Stamoulis company currently exists.