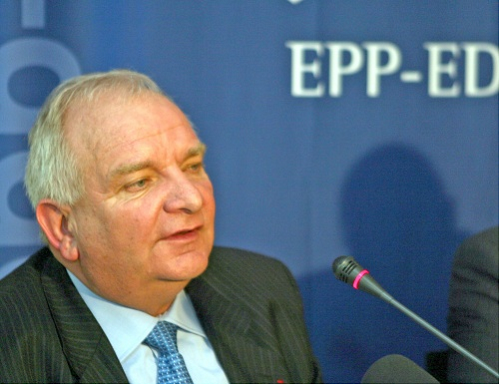 “This kind of fanatical acts and violence have no place in the modern and democratic societies of the EU member-states. Every crime is reprehensible, but especially the ones with political character are considered unacceptable within the European Union. We condemn every form of violence. Those who are responsible for this murder must be brought to justice as soon as possible. My deepest condolences to the family and friends of Pavlos Fyssas.”

Daul also stated: “The EPP family completely supports the Greek Prime Minister Antonis Samaras and his government in all their efforts to put the country out of the economic crisis and its impacts on society. We are convinced that he and his government are doing everything that is possible to prepare a smooth and successful Greek Presidency. We disapprove of the reactions of the other political leaders, who use the death of a person for their political campaign against the government.”

At the same time, the co-president of the group European Greens–European Free Alliance in the European Parliament Daniel Cohn-Bendit called the Greek government to “act, to arrest the culprit for the murder and to seriously consider outlawing Golden Dawn,” underlining “the risk posed by inertia against a murderous organization.”