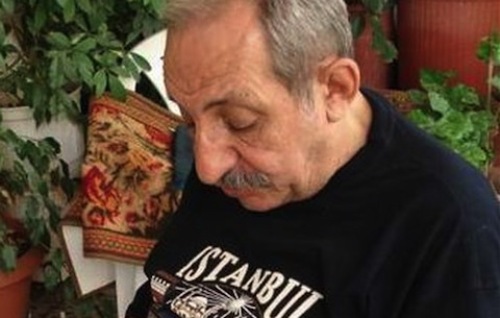 The Greek actor Michalis Giannatos, who became known through roles of Turkish characters and who is particularly likeable to the Greek audience, especially through his participation in films of the more recent Greek cinema, passed away on the night of September 17 at the age of 72.

Giannatos was born in Istanbul in 1941 and in 1965 he went to study at the Drama School of Dinos Dimopoulos.
His first professional appearance was in the film Oi Stigmatismenoi by George Zervoulakos, starring George Foundas and Maro Kondou. When still a student, he played with Manos Katrakis in the theatrical play Captain Mihalis.
He participated in 27 foreign cinema productions, among which are Midnight Express, Captain Corelli’s Mandolin and Munich.
Giannatos could speak five languages and participated in most of  Theodoros Angelopoulos’ films.
He also played in the film A Touch of Spice (Politiki Kouzina) by Tassos Boulmetis, in the European co-production Le Dernier Seigneur des Balkans, and in a total of 100 films (Greek and foreign), as well as in about 100 TV series.