GRNews
GreekReporter.comGreek NewsArtFestivities To Open Byzantine Art Exhibition in the US

Festivities To Open Byzantine Art Exhibition in the US 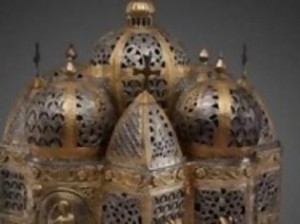 The countdown to the opening of the exhibition Heaven and Earth: Art of Byzantium from Greek Collections that will open its doors at the National Gallery of Art, Washington, from October 6, 2013, through March 2, 2014, has already started.

On the occasion of this important cultural event, the Benaki Museum as one of the organizers informs us of the festivities that will accompany the opening of the exhibition.

These festivities include a Liturgy that will take place on Oct. 6 at 10:00 at the Greek Orthodox Cathedral of Washington DC Saint Sophia worshiped by Archbishop Demetrios of America. In addition there will be a number of inaugural lectures that will be hosted also on Oct. 6 at the big amphitheater of the National Gallery of Art. Dr. Maria Vlazaki-Andreadaki, Director General of Antiquities and Cultural Heritage and the professor Aggelos Delivorias, director of the Benaki Museum will be among the speakers.

The exhibition will also be accompanied by two separate publications of 2013 for which the Greek Ministry of Culture and Sports collaborated, as well as the Benaki Museum. Heaven & Earth. Art of Byzantium from Greek Collections, is the title of the first publication written by Dimitra Papanikola-Bakirtzi and Anastasia Tourta and the second one is the Heaven & Earth. Cities and Countryside in the Byzantine Greece, written by Eugenia Albani and Eugenia Chalkia.

The exhibition is organized by the Hellenic Ministry of Education and Religious Affairs, Culture, and Sports, Athens, with the collaboration of the Benaki Museum, Athens, in association with the National Gallery of Art, Washington, and the J. Paul Getty Museum, Los Angeles.