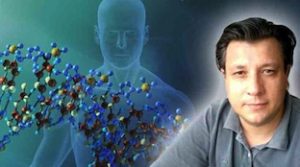 Emmanouil T. Dermitzakis, a Professor in the Department of Genetic Medicine and Development in the Medical School of the University of Geneva, is heading a team of scientists compiling a comprehensive genetic map of differences observed among people.

These different genetic profiles, affect whether and to what extend some genes will be activated or not to a person, a fact that may have consequences on his health.

The genetic “map” will help for the better understanding of why the unique genome of every person makes him more or less susceptible to disease. This will further facilitate the development of more personalized gene therapies in the future.

More than 50 researchers from nine European research institutes, who made the relevant publications in the magazines Nature and Nature Biotechnology, recorded exhaustively the gene activity (the degree of gene expression) in 462 people, in the framework of the program GEUVADIS (Genetic European Variation in Health and Disease), which is founded by 7th Framework Program for EU’s Research.

This is the largest database ever created, which connects human genomes with the gene activity at the level of the cell’s RNA. The data of the “map” are freely available to any interested scientist, in order to make a further analysis.

Dermitzakis stated that the “map” will have significant consequences for genomic medicine, as it will shed light on disease mechanisms on a more personal level.

The Greek geneticist studied biology at the University of Crete, where he also did its postgraduate studies (1997). Then he got his PhD from the University of Pennsylvania in the USA (2001) and then he was a postdoctoral researcher at the Medical School of the University of Geneva, where today he is a professor in the Department of Genetic Medicine and Development.

Link: For the original scientific paper (with subscription) at:

The ''Ouzo'' restaurant is the best choice for those who want to experience the Greek and Mediterranean cuisine in Santa Marta, Colombia
Greek News